This is a guest post, written especially for the 20/20 Travel Project, by Matthew Lightfoot.

A cacophony of sounds; the chemical, gaseous, decay-tinged stench of durian fruit; an incessant hum of insects feasting on beast carcasses suspended from rusting hooks; skulking urchins flitting through the throng, scanning bags and pockets for illicit opportunities.

I shuffle my feet, which slide and squelch in sandals caked in a foul smelling, mysterious brown gore, spattered up to knee height. I inadvertently catch the eye of a passing trader, multi-coloured plastic baskets perched atop her head. She scowls and I retract the long lens of my camera and retreat into the shadows. To remain invisible is the secret of taking great photos in a local market. 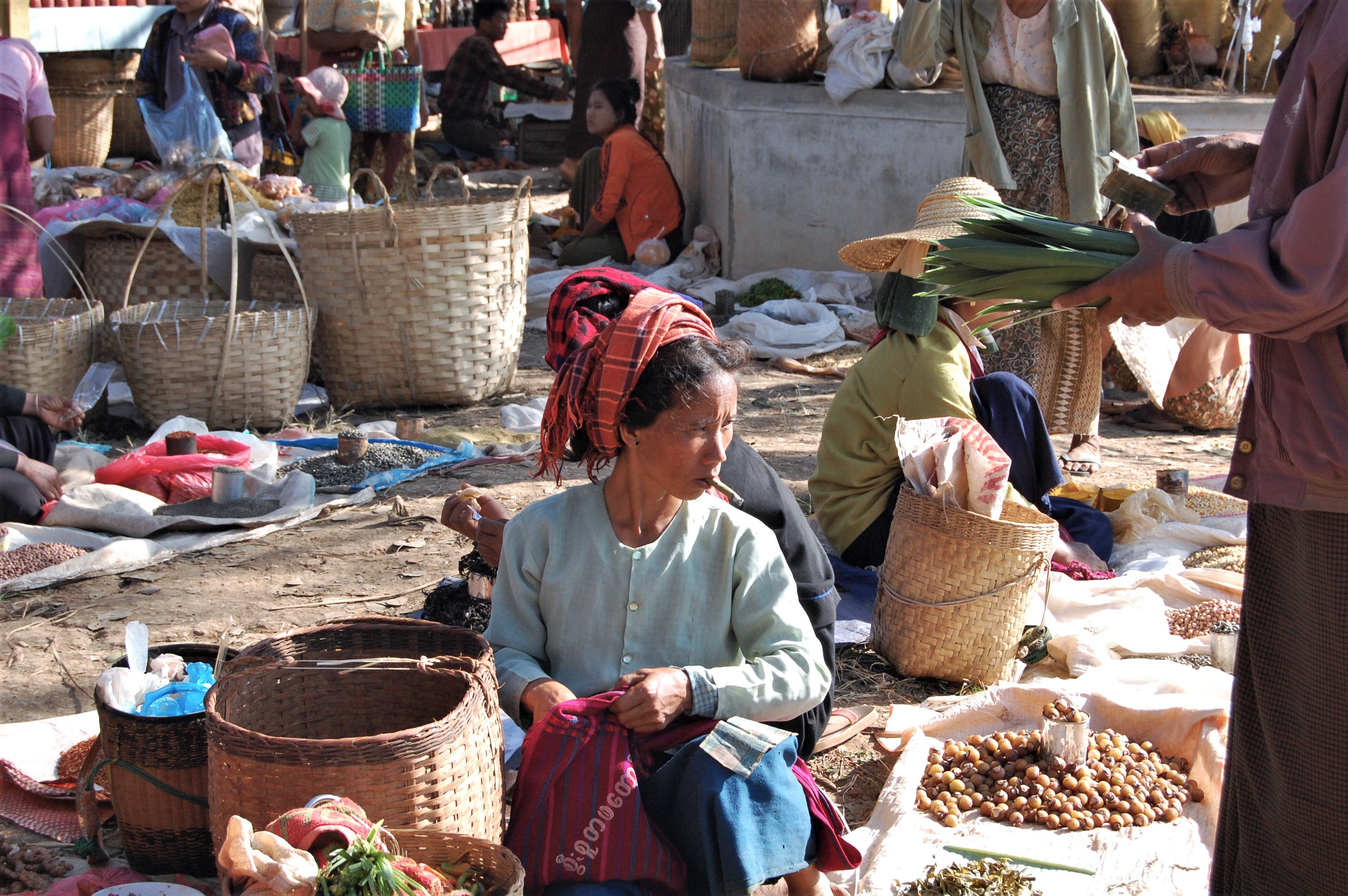 Wherever I am in the world, my first port of call is the market. Away from the tourist traps and cultural must-sees, the beaches and resorts. The soul of every small town and large city is its market, and for me, it’s the perfect microcosm of local life. The place which best reflects the character of a country at it's most authentic. Where even the most glamorous world tourism megastars stumble into the harsh light of morning, face stripped bare of make-up and hair sleep-tangled. 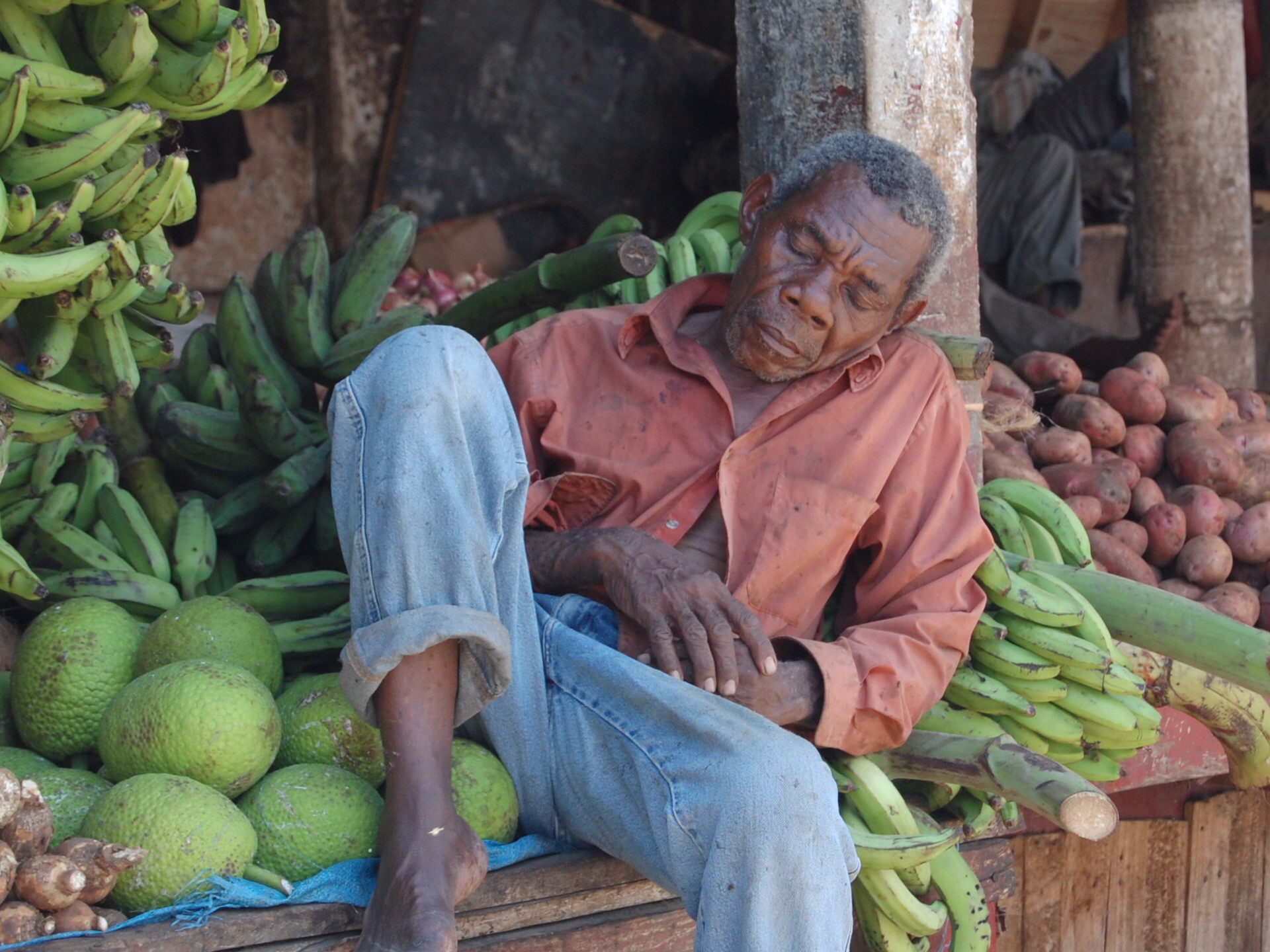 I return to a stall where an old lady smiled and waved, or where I engaged in banter about English football with a teenaged trader. A safe haven with a view. I raise my eyebrows as I produce my camera from its hiding place.

"It's Okay?" I smile hopefully.

A thumbs up or a shrug and I'm all set. Perched on a wooden crate or concealed behind a shelf stacked with spikey rambutan or fake Tupperware, I settle down with camera poised ready, to enjoy my feast of voyeuristic pleasure. 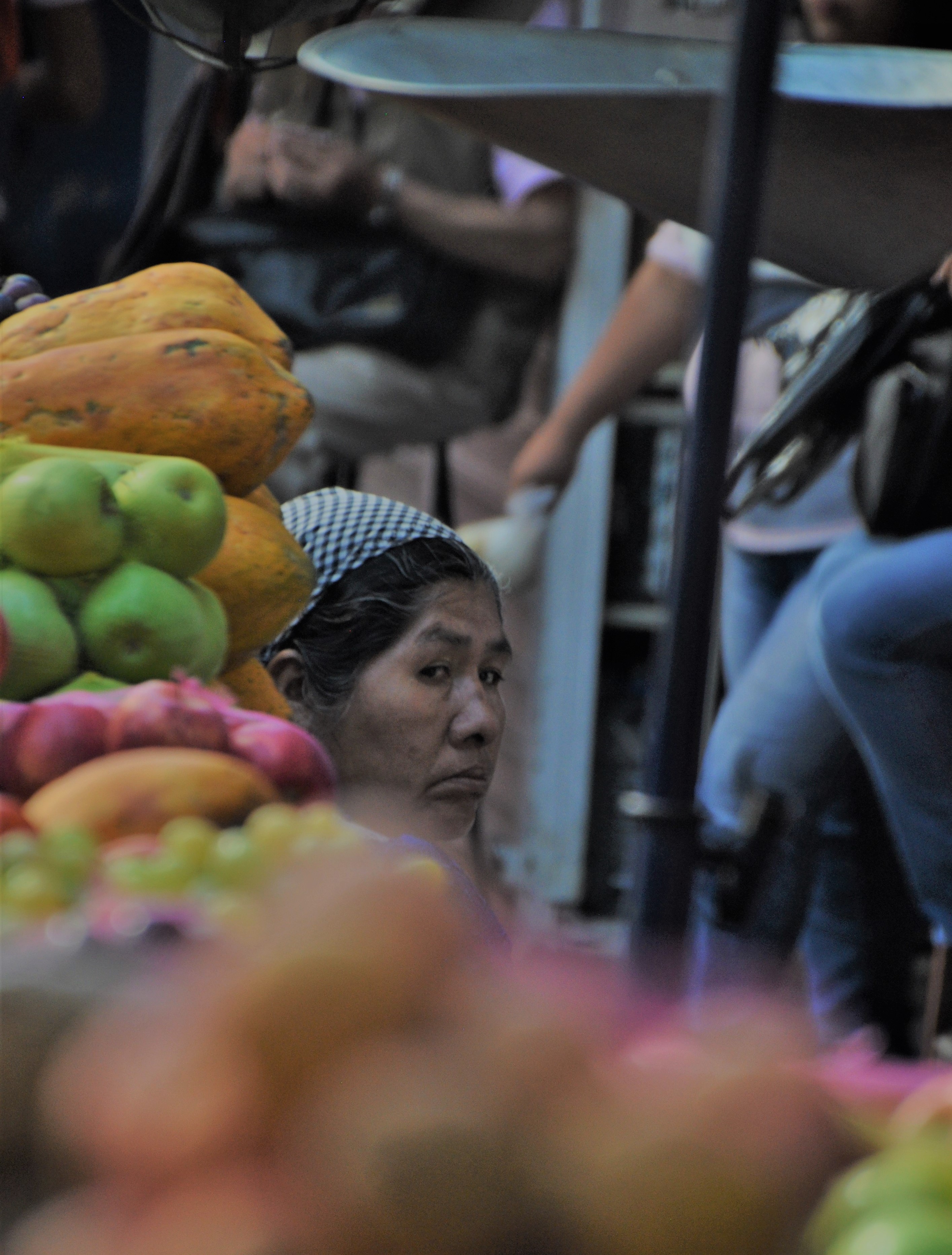 Markets provide a de-sanitised view of cities the world over, exposing their harsh realities alongside vibrancy, humour and character. My camera shutter clicks away as a barefoot rickshaw peddler jostles with a bank clerk in a suit jacket and longyi robe. A Flour dusted baker queues alongside an ancient snake charmer with a wriggling mongoose in a hessian sack. School children in worn, yet lovingly pressed school uniforms carry shopping bags for stooped crones with tattooed foreheads. 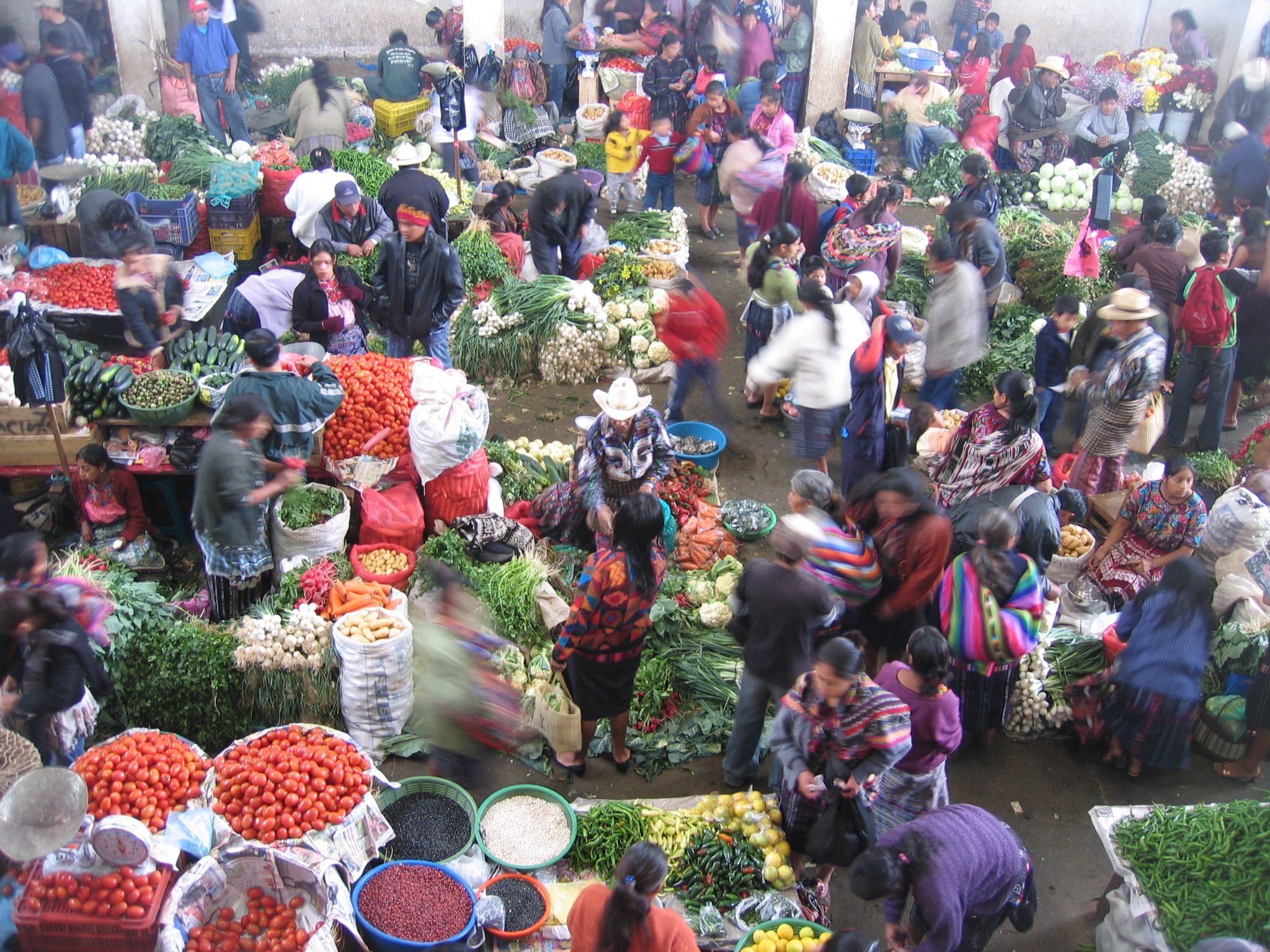 And all around is colour. A fruit stall explosion of star fruit, persimmon, kiwano and Buddha's hand will definitely require no photoshop colour saturation touch-ups. A row of butchers' stalls presents a contrast-settings challenge with shaded interiors fronted by flanks of livid red carcasses and a blur of bluebottles. And the market's customers seem to have stepped straight from a National Geographic magazine cover, sporting traditional dress which you'd suspect was for the benefit of tourists, if any had ever been here. 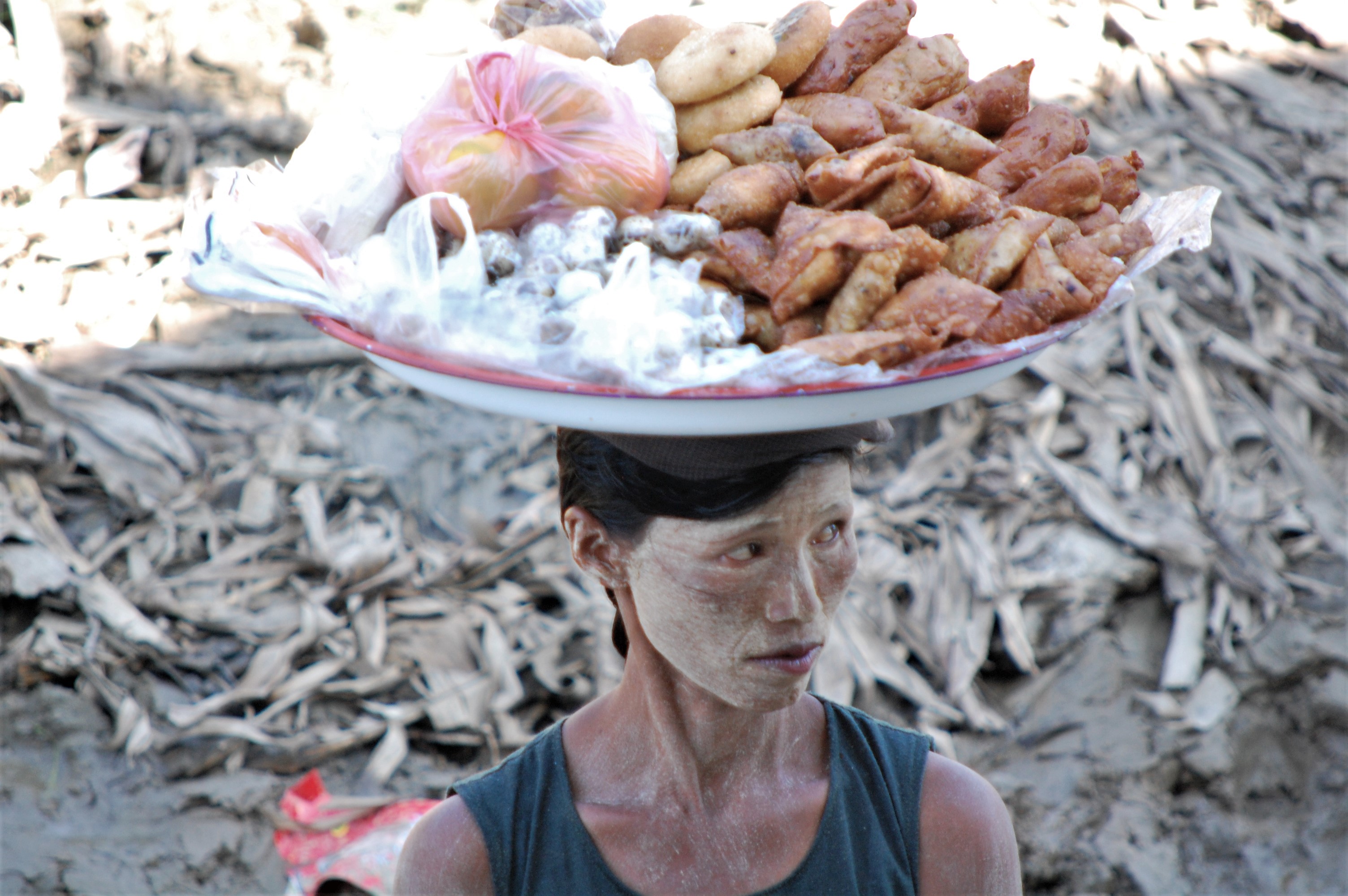 My long lens allows me to observe from a distance and capture the character of the people. A furrowed brow as a haggled negotiation reaches stalemate. A smile and a wink to cement the deal. A dismissive shrug –'take it or leave it'. Moments captured which will help me recall the moment at some point in the future, without the noise, heat, scurrying vermin and slime seeping between my toes.

And the sting of acrid smoke carrying the aroma of mysterious foodstuffs sizzling on distant grills. Hutch-fresh cuy in Peru, blackened chickens in beer cans in Vietnam, marinated snake heads in China and all manner of deep-fried creepy crawlies in Thailand, mean market snacks aren’t for the squeamish. Nor is the live meat section, which is guaranteed to bring out the animal rights campaigner in most Europeans. 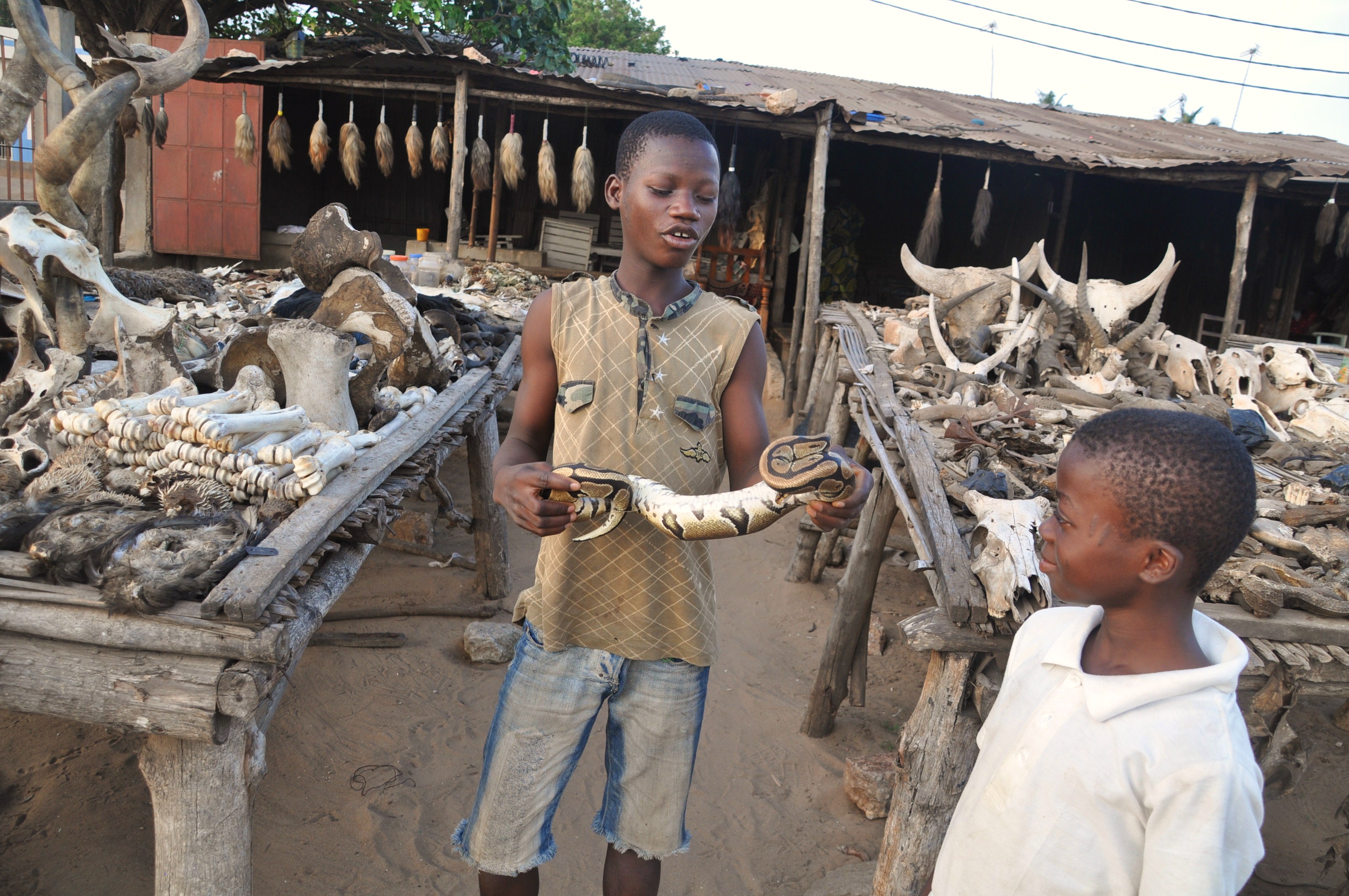 However, even the sights of pitiful, caged livestock and wriggling buckets of doomed amphibians lose out in the culture shock stakes, when pitted against the fetish markets of West Africa. Here, trestle tables of death are stacked with produce destined for the cauldrons of local witch doctors. Severed dog and cat heads, baboon snouts, mule ears and hippo toes fester and stink in the hot sun, as mysterious men in white boubou robes flick horsetail fly whisks to deter the clouds of insects, as they search out that elusive magic spell ingredient.

Then it's time to leave.

My camera is again concealed and I leave my vantage point with a wave to the stallholder. I'm hot, sticky and filthy. I smell of smoke, sweat and barbecued meat. My mouth is dry and my nostrils are filled with a confusion of smells – vegetables, livestock and public toilets. I head back to a different world. Hotels, travellers, bars and restaurants, shops with glass windows. 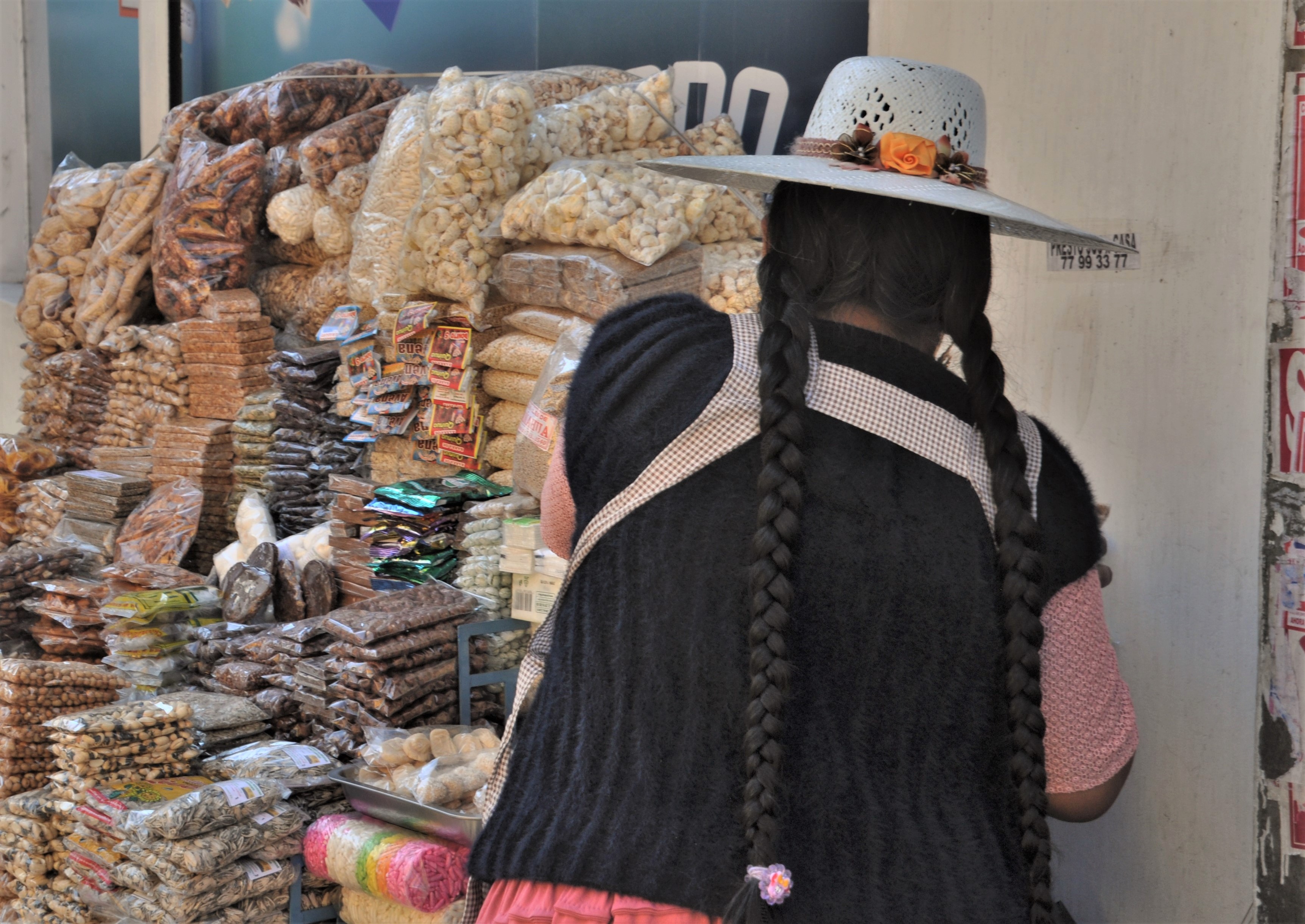 I review the images I took only an hour ago, and a mile away, zooming in on the viewfinder to enjoy unexpected details captured – a snoozing trader, a dog snagging a stray bone from a butcher's stall, a barrow of mangoes tipping as a stallholder tries vainly to right it. If I took a hundred photos, I'll probably keep ten, with the constant movement and shifting scenes of a market keeping the success rate challengingly low. 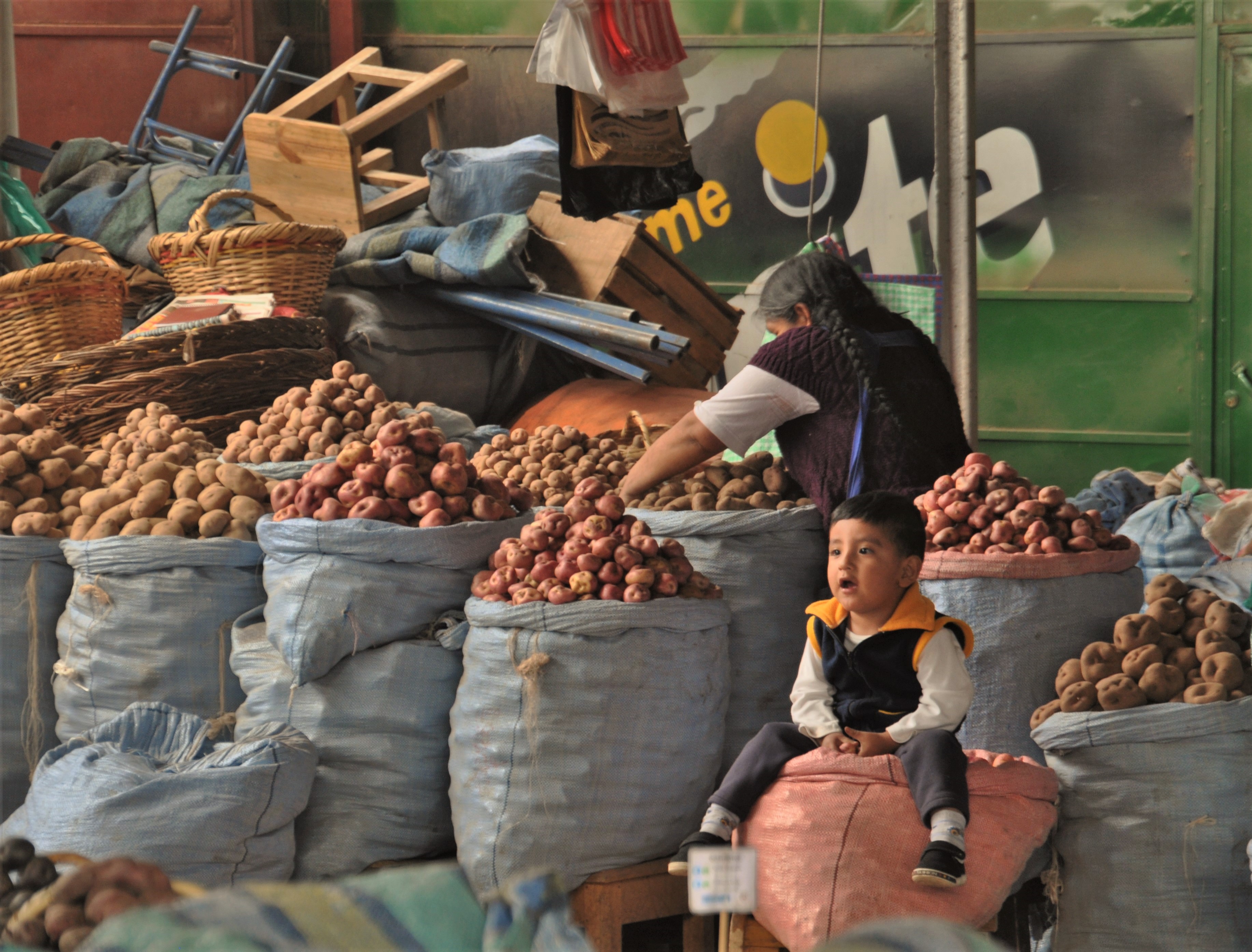 I pull out my guidebook and consider where to head next. I'm informed of temples, palaces, bridges, museums and parks which need to be experienced to really get under the skin of this place. I smile and close the book. For me, there's only one real 'must-see', and I've already been there.

Many thanks to Matthew Lightfoot, author of The Two Week Traveller for sharing his amazing words and pictures. Buy a Kindle or paperback copy from Amazon.