One career breaker's horror story of renting out their house

Will took a career break in his mid-30s. Owning his own home, he decided to rent it out while he was away, as the extra income would come in handy.

Here is his story. 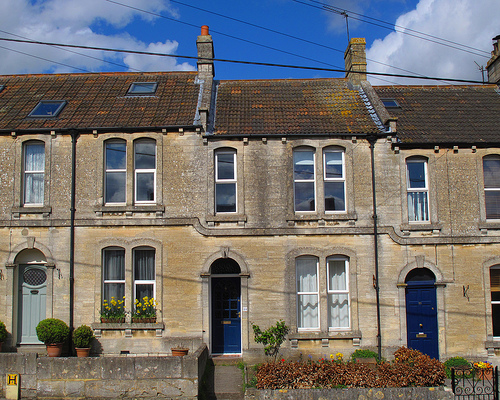 The first tenant I had was fantastic. They actually left the house in a better state than when they moved in by fixing little things around the place.

Things started to go wrong two weeks after the second tenant moved in. My neighbours rang me to inform me the police had been called to the property. She had a party and someone attempted to stab her boyfriend. I should have removed her then but I gave her a second chance, warning her that she would be evicted if I had any more complaints about her.

Tip: tell your neighbours what you're doing and leave your contact details.

After this it went quiet at the property, or so I thought. I have since been informed by the neighbours, however, that she and her boyfriend continued to be rude to them and even constantly threw things into one neighbour's gardens.

Tip: contact your neighbours or agency to make sure everything's OK - it's easier for them if you get in touch first.

After a year the tenant stopped paying her rent. I asked the rental agency to evict her, however because the agency had forgotten to place her deposit into the tenancy deposit scheme I could not legally remove her until two months after the deposit was placed in the scheme. This forced me to go an extra two months without rent from her.

Tip: use a recommended rental agency.

She didn’t move out on her eviction date, claiming she had got the dates wrong. Eventually I got into the house over a week after the eviction date.

The house was trashed and still full of furniture and clothes.

She had also stolen my fridge and garden furniture, and broken into my loft and rummaged through the boxes stored up there.

Tip: don't leave anything of cash or sentimental value in the house - even if it's in the attic.

Luckily my insurance covered two-thirds of the damage, however I was informed that if the damage had been malicious or if she had been unemployed then they would not have paid out, which were two stipulations I hadn’t known about when I took the policy out.

Tip: read the small print in your insurance policy.

The police were not interested because it was 'expected' if you rented out property!

I had debt collectors visiting my property for a year after she moved out, due to the huge amounts of money she owed lots of people and companies, including myself.

I did take out a County Court Judgement against her, which was found in my favour, but she has never paid any of the money she owed me.

Tip: don't assume suing your tenant will result in you reclaiming any money.

They only thing the CCJ has done is made it more difficult for her to get credit for the next few years.

Surprisingly, this hasn't stopped me from wanting to rent out my house again. However, I will be a lot more careful next time!

The Career Break Site would like to thank Will for sharing his story. It's not always easy to share stories where things have gone wrong, but Will hopes his experiences will help other career breakers.