Depression and the road 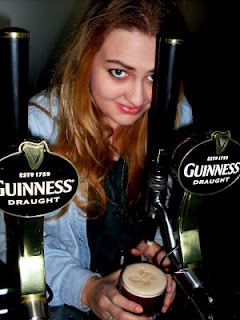 It is strange to wake up one day and realise that, as an adult, you are completely incapable of looking after yourself.

I was suffering from depression.

I have been travelling since August 2010, and I was diagnosed with bipolar disorder 4 years previously. I know that often, being away from medical professionals you trust for a prolonged period of time can be one of the worst situations you can put yourself in if you suffer from mental illness. To begin with I felt this too.

I began my journey around the world by living alone in Germany, and here I was plunged into a depression. It was not so much that I wanted to kill myself, but more that I just wished I wasn’t alive anymore. From an outsider’s perspective, I had it all. I had a well-paying job, which I loved , I travelled every moment I had spare, I had great friends surrounding me and a wonderful apartment. But I found no joy in this.

Conversely, the 3 months I spent backpacking through Australia completely solo, using the funds I saved during my time in Germany were some of the happiest of my entire life.

I have always said that travelling helps my depression, but this is not completely true. The power of independence that I gain from travelling as well as the adrenaline that comes with seeing and experiencing new and exciting things certainly helps me. But mostly it’s the isolation that gets to me. My worst depressions have come from travel.

In my flat in Japan where I lived alone, I hit the worst depression of my life. Having lived alone for a year and a half I had reached breaking point, I finally contacted a suicide prevention centre, though this did little to help me.

The day after this collapse, I was sitting at the station platform, tears silently rolling down my face, contemplating throwing myself onto the tracks. Just as I watch the train pull in, that dark, angry voice shouts louder and louder in my ear, but out of nowhere a sound breaks the spell. I snap out of the angry thought cycle. The person on the other end doesn’t realise it yet, but that phone call has saved my life.

Budget travel is great for depression because of the hundreds of amazing and like-minded people that you meet on the trail. But you must be aware that isolating yourself thousands of miles from the people who love you, can leave you in a dangerous position.

As for me? I realised that being alone was my trigger, and so I called on everyone I love and pleaded for them to look after me. And they answered my call.

About the author: Georgina is a bipolar, freelance writer and adventuress who spends her time aimlessly wandering the world. She may not know where the path leads, but she is never lost. Her writing aims to inspire all those who hate what they are doing, to give it up, in the pursuit for something beautiful. Follow her on Facebook, Twitter or on her blog.