How to get a promotion without doing any real work

How to
Your career 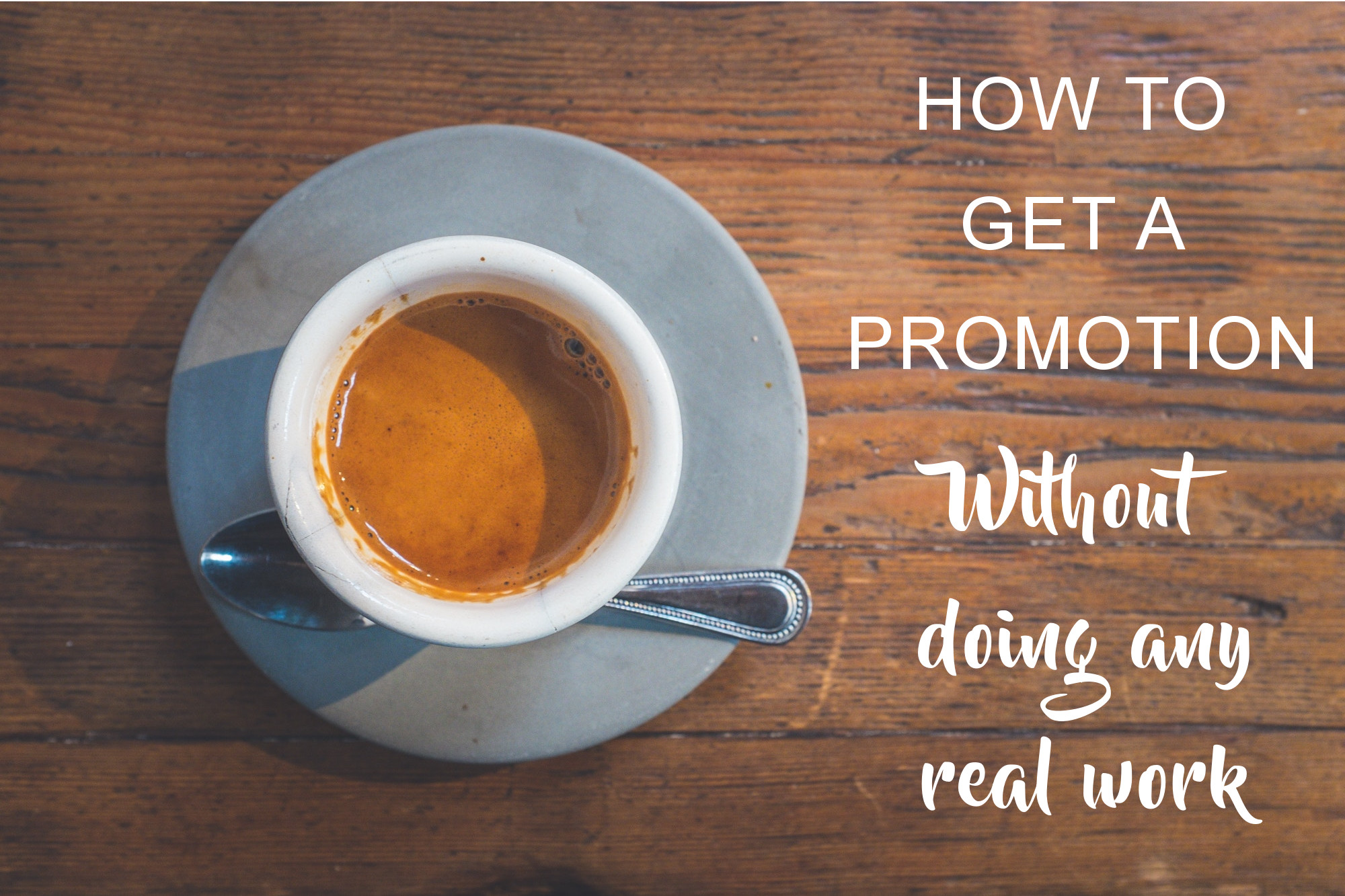 So, you want a promotion? Better office, cooler job title, more people to boss around, and - most importantly - lots more lovely money.

But what about if you want a promotion but don't want to put the work in? Here are 4 ways you can get a promotion without doing any real work - and what's more, they're actually effective! 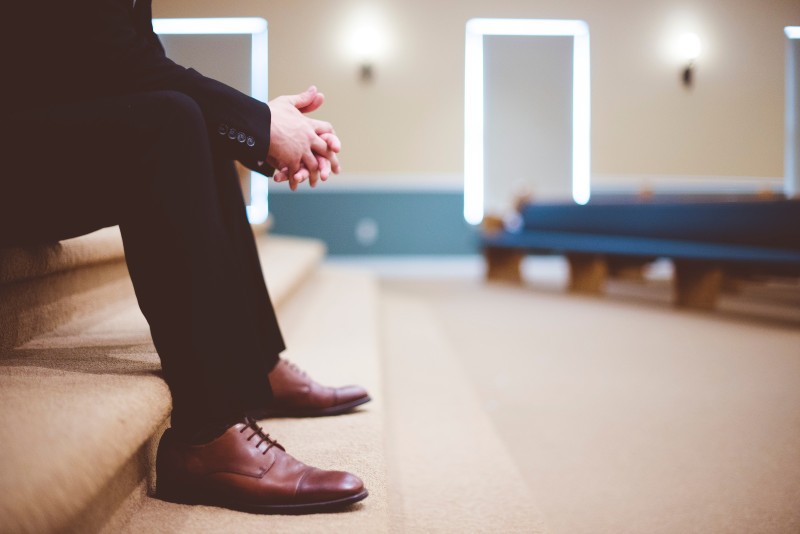 How do you think that older but infinitely-more-stupid-than-you person got to be your boss? Well it might be simply that they waited.

In many places of work, depending on the culture, you can just wait for a promotion. It becomes embarrassing if you reach a certain age and are still the office junior, so many employers will promote you without ever really thinking about it. It's especially likely if the person in the job above you leaves (or gets promoted themselves), because it's easier just to shuffle you into that position instead of going to the trouble of hiring someone new.

The only downside with this is that you could be waiting for a really, really long time. And even then, there are no guarantees! 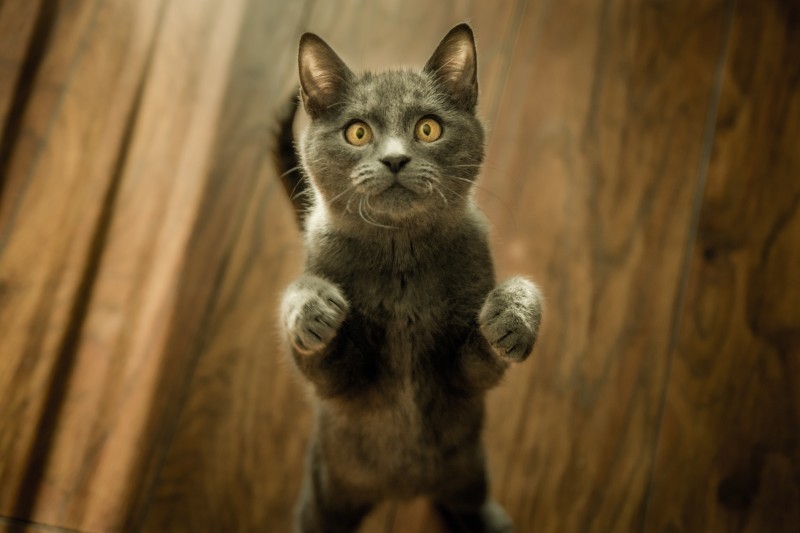 It's surprising how many people never actually think of this!

Most people who will ask for a promotion will have a good argument for why they deserve it - they've been doing the job of a manager for several months, for example, or they have been covering for their boss a lot. But not you, if you're reading this!

On the plus side, you don't necessarily need a good argument for why you deserve a promotion, you just need an argument. If your boss is inattentive, you might be able to convince them that you've been doing a good job, or you might simply point out that the time is right for your promotion because you've been there so long. Even if you don't want to work for your promotion, you might have inadvertently done something useful, and you probably think you already know how to do your boss's job anyway. 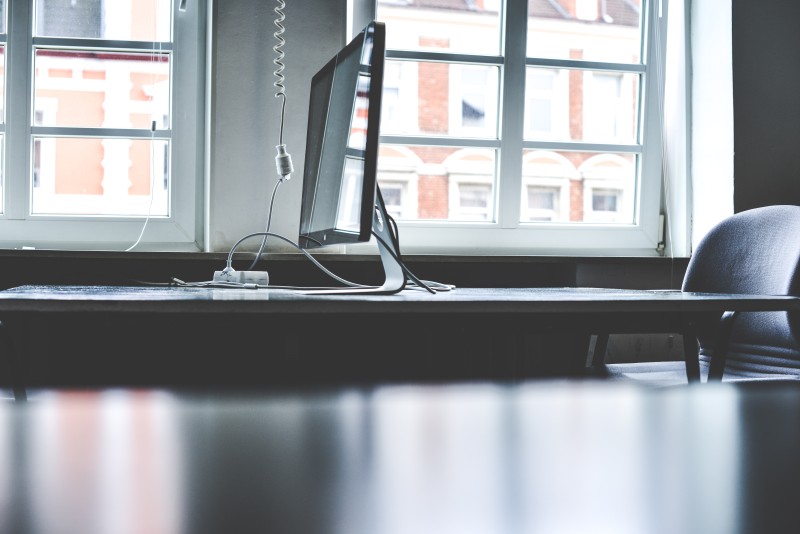 Sometimes, the only way to get a promotion is to apply to another company for a new job - at the level you want.

The main advantage of this is that the new company doesn't know anything about you, so you can frame yourself as an ambitious go-getter, even though all you really want is a bit more cash and someone else to empty your bin.

Applying for a new job is easy but not a guarantee. If you want to up your chances and stay being lazy, make sure you optimise your LinkedIn profile so employers can find you. Use the keywords and phrases that come up in job ads for the kind of job you want, and before you know it, people will be contacting you to offer you a job!

Disclaimer: if you actually lie at any point during the application process (on your CV, your LinkedIn profile, at the interview or in the application), you will probably get found out and then you will get fired and have no job at all. 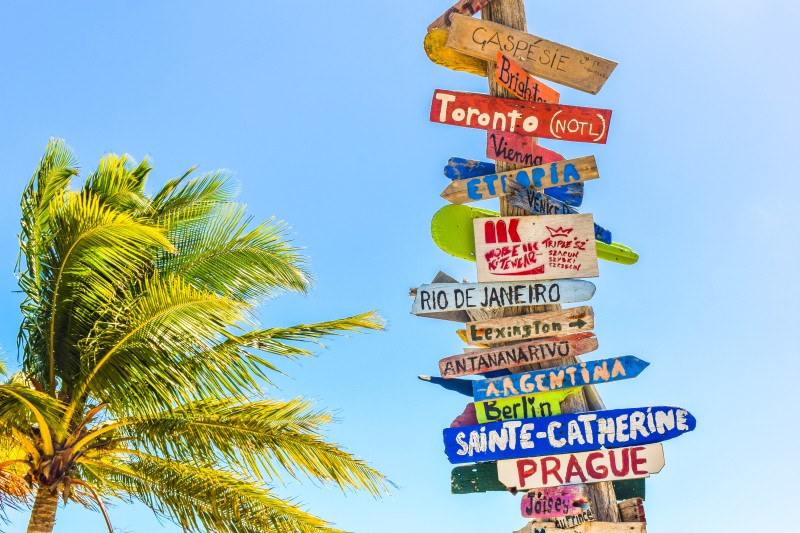 This is counter-intuitive to the idea of getting a promotion, but aligns perfectly with the idea of not doing any real work. After all, on a career break, you're not actually at your job at all!

But how can that lead to a promotion? On a career break, you will not be lying on the beach all the time (although there will be plenty of opportunities for you to relax so don't worry about that). OK, you will be doing some work, but it's work that you actually want to do - and it's loads more fun than your day job! You could be washing elephants, teaching eager little kids, mixing cocktails in a beach bar, getting paid to ski, dive or sail a yacht - the possibilities are endless!

And while you're on a career break, doing all kinds of crazy stuff, you'll be quietly amassing a ton of useful skills - from project management and leadership to speaking a new language and learning how to record data. All these skills can be transferred seamlessly into your day job back at home - but not your old day job of course, because you're so much more skilled and experienced now than before you left!

If you'd like to take a career break so you too can get promoted without doing your day job, have a look at all our fab career breaks here.