Interview with Rebecca Burke - a shy career breaker who has transformed her life!

This is an interview with Rebecca Burke. She's 22 and from Hale Wood in Liverpool and describes herself as “a bit of a posh Scouser”. She's currently in Australia and was kind enough to grant us a Skype interview!

If you're thinking of a career break and feel that something's holding you back, Rebecca's story will inspire you. 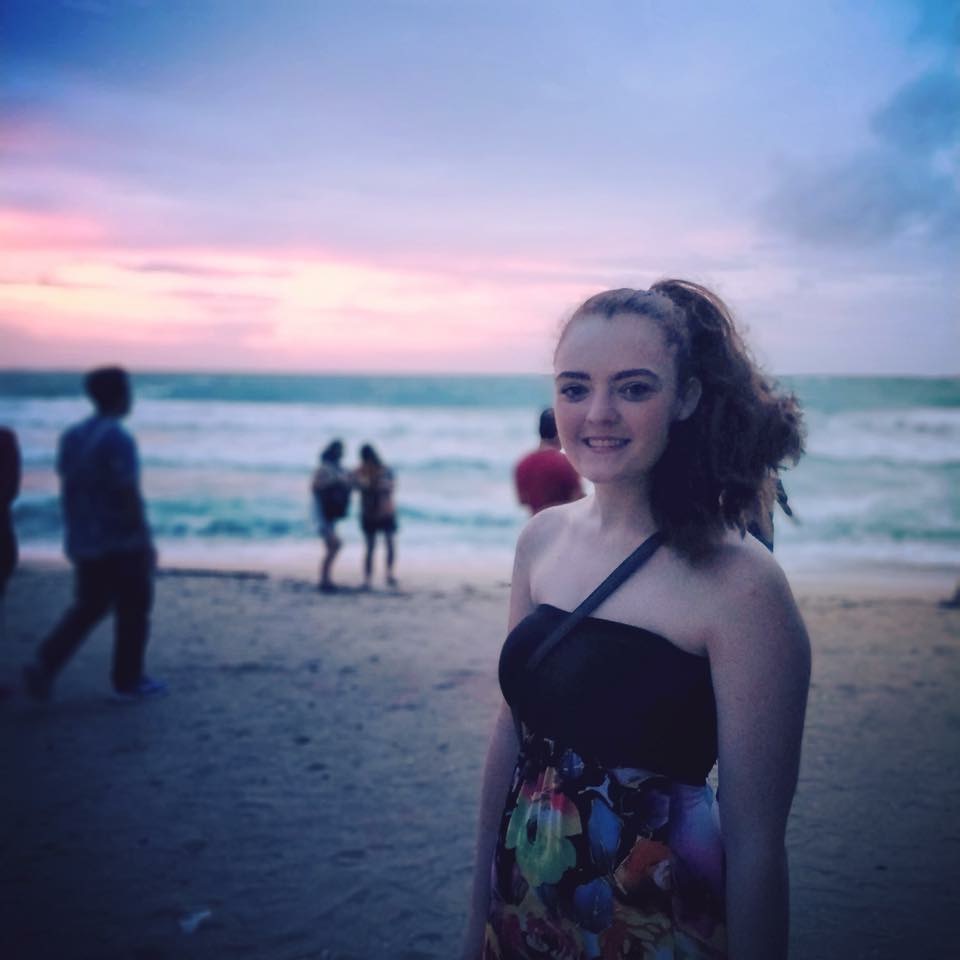 What were you doing before your career break?

OK so before I went travelling I was a supply teacher across Knowsley and Liverpool. I graduated in 2016 and always wanted to travel really and used the first 18 months after graduation to save some money.

So it was always a plan?

From when I was a child I always wanted to travel but never had, and while I was in university me and my boyfriend Jack decided it was something we really wanted to do. Originally we were going to wait a few years but we decided to just do it, to just drop everything and go.

So he's with you now?

And how is that working out?

Great! We've been together almost 3 years. And it's the first time either of us have travelled long term. So it's kind of the most time we've ever spent together and it's 24/7, and it's actually going really well! We've been friends forever so it's quite natural. We haven't had any big arguments!

I think I'm quite shy and nervous so it makes it easier to have someone to speak to, and I find that people are more likely to talk to you if there is a bigger group, people like to join you and I think if I was on my own I'd feel quite intimidated and shy, so it breaks down that barrier.

What are you doing on your career break?

So at the moment we've just started doing farm work. Part of the Australian [working] visa requirements are that you have to do 3 months of farm work if you want to work for a second year (which we do). We live in a shared house and are doing work at a ginger farm.

Yes! So Jack's on the field so he's harvesting and picking the ginger and I'll be in the factory which is more the preparation and packaging, less physical work!

I love it! Lovely sunsets. There's always something to do but it's not intense, it's really laid back.

So we like the beach, pretty standard! We love the Glasshouse Mountains, we've been there a couple of times, one of the mountains we've hiked up, and the views are just amazing!

How long have you been away?

We left in January so it's been 4 months now.

And what's next for the two of you?

Er, after, well in the middle of farm work, we're going to carry on going up the East Coast and we've also got a holiday to Bali for August! And we'll come back to Australia after that and carry on working. Once the farm work's done we'll try to get casual jobs in our fields, so for me that's education and for Jack that's construction or engineering because that's his background.

We've got kind of a few different ideas, we don't know what we'll choose, but maybe do the second year in Australia straight away or go away and come back, we haven't decided yet!

Did you use The Career Break Site when planning your trip?

I'd seen a few of your articles and things but basically before we left I was reading so many articles and blog posts and everything just to find out as much as possible.

Did you use any organisations?

We did do a starter package with Intro Travel for our first week in Sydney, they set up our bank accounts, tax numbers, and everything, and there was an organised tour around Sydney. That helped us get set up and settle in, and we booked a few activities and accommodation through them and their partner companies across the East Coast.

Because there's so much that we needed to organise it can be quite overwhelming and so we looked at a lot of different ones [starter packages] and chose that.

What will you do when you come back?

I don't have specific plans, but I will want to return to education, in a teaching capacity. It's definitely helped already with my confidence so if we go back to the UK and apply for jobs I'll be in a more confident position to do so.

What have you learnt?

Probably budgeting! Because I came straight from university and worked for only a short time, I didn't have much budgeting skills but now we're paying rent, going food shopping and learning how to not impulse buy!

Probably lots of other things, I'm trying to think! I'm definitely better at organising but also learning to accept that plans change. While we travelled we were kind of living every few days and didn't know what we were doing in a week's time and I became OK with that. Before I left that would have freaked me out too much, not knowing where we were going to be sleeping in a few days and that made me a bit more flexible, I stop planning so much.

Some people plan too much and I think sometimes the best plans can be more spontaneous and less organised!

We planned to be in Coff's Harbour [an East Coast town] but when we got there we ended up staying for another week and just went to reception and asked to extend our stay and  there was no stress or anything like that, it was fine. And I think that's what we needed. If we'd planned where we were going next we would have missed out on that extra week so taking it slow was better! 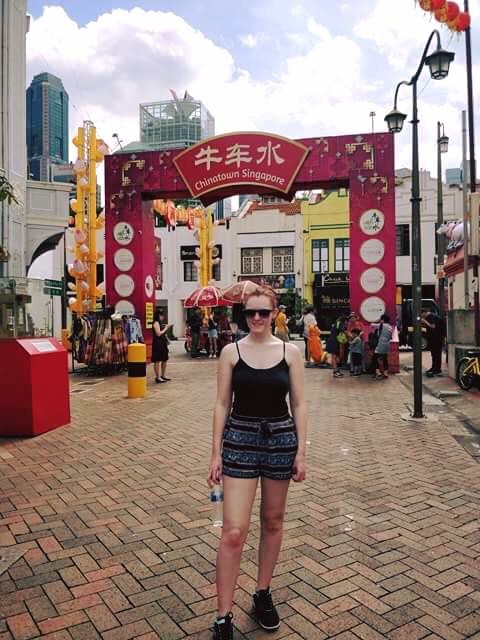 What are the people like? Have you made any friends?

The people who we're living in the house with at the moment are really nice, there are people from Ireland, Germany, Finland, Australia and France, but everyone speaks English! We get on with everyone that we live with really.

There's always a few characters! We actually had a bus pass, a hop-on hop-off one, and there was a guy on there who was sick into his hoodie and just left his hoodie with sick in it on the floor! It was disgusting but it helped us bond with the people on the bus because they were just as horrified, so the "characters" have a way of bringing other people closer together!

I hope we stay friends with the people we've met, we've got on really well, especially the Irish couple so it would be nice to see them as we travel, once we all move on.

What are the best and worst things about your career break?

Oooh, best thing... I think finding my feet, my independence. We come as a couple but we're both kind of growing up, learning how to stand on our own two feet and we both kind of needed that, that we both can actually look after ourselves.

The worse thing is the time difference with home. I talk to my family quite a lot but sometimes during my day they're asleep so it can be a bit tough sometimes, if something happens I want to tell someone from home but I know they won't see it for another 6 hours. You don't have that constant contact that you're used to. It's definitely easier with FaceTime and WhatsApp and things, that's a lot easier than I imagine it was 10 years ago but at the same time because I'm used to it if I can't have it I'm more stressed.

So you use FaceTime and WhatsApp to stay in touch, anything else?

I've got my phone so we mostly use WhatsApp with a group chat with my family and I can use it with my Nana and Granddad. I don't have a laptop, Jack's got an iPad but we don't really use it for communicating back home, just phones really.

Is there anything else about your life that's changed as a result of your career break?

I think me and Jack have got closer because essentially we've moved in together on the other side of the world without any of our families so it's probably intensified it a bit but it's been a good change! 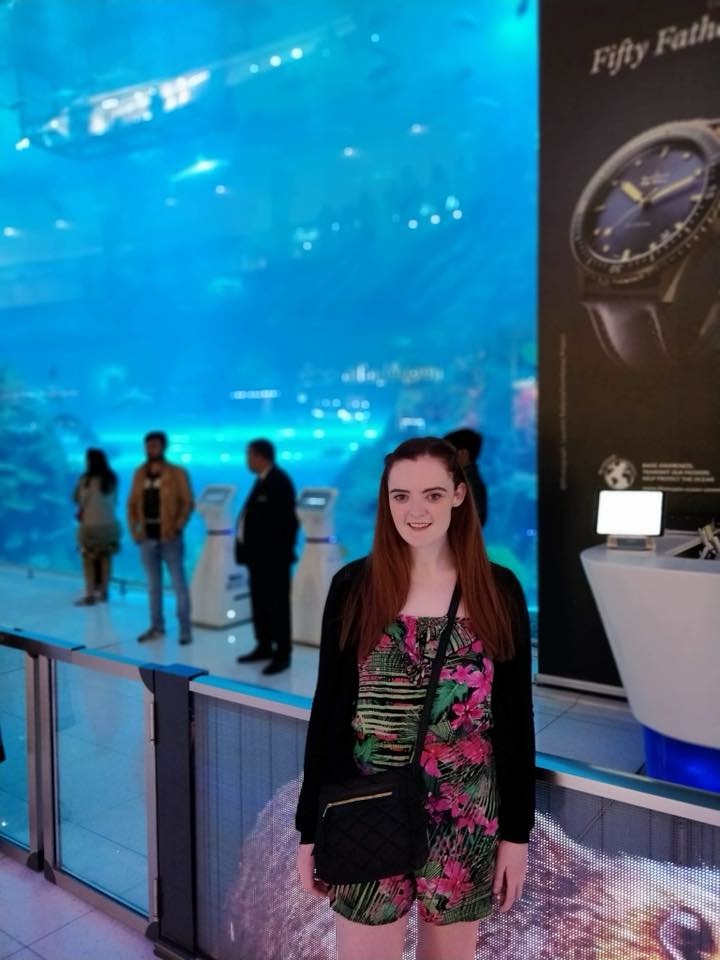 And finally, what is your advice for other people who might be thinking about a career break?

I'd advise everyone in their position to just do it, even if it's just for a couple of months, just travel and do something different. It gives you a new perspective. I've been trying to get my friends to do the same because I think it's just needed!

If someone would have told me 3 years ago that this is what I'd be doing I wouldn't have believed them. I just thought it was something that only cool people would do and I don't think I am cool!

I think the only thing that scared me more than going was not going, I knew that when I was 50 I'd regret not going. It was a leap of faith!

That's the end of our interview! Thanks for taking the time to Skype us from the other side of the world!

This is an edited transcript of an interview with Rebecca Burke, a supply teacher currently doing temporary work in Australia. You can read about her experiences on her blog or follow her on Twitter, Facebook or Instagram.